The tomb dates back to the 18th dynasty, the reign of Hatshepsut to Amenhetep II. It is a small T-shaped tomb and the owner held the titles “Overseer of the Works” and “Overseer of the Craftsmen of the Lord of the Two Lands”. The title of “Overseer of the Seal-bearers” appears in the last part of his career and must be under the reign of Amenhetep II.
His name is non-Egyptian and means “son of jaw-eh”, suggesting he was from origin of Mitanni by his mother Tirukak and Hittite by his father Irtenena. His court-name was PahekAmen.
The scenes in the tomb are either alone or with his parents, so one might think he was unmarried. 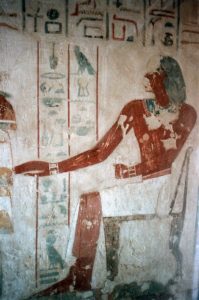 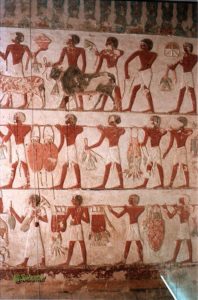 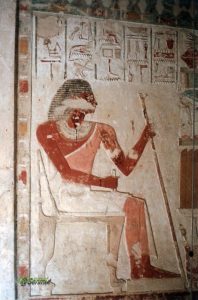 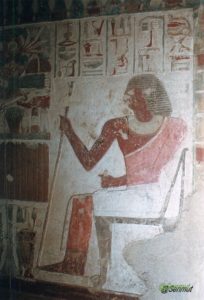 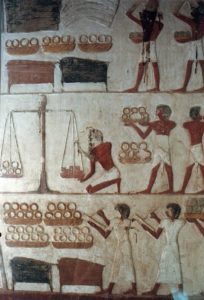 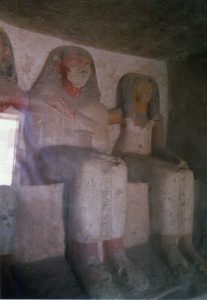 ben0214Statue of Benia together with his parents 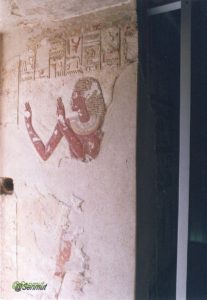 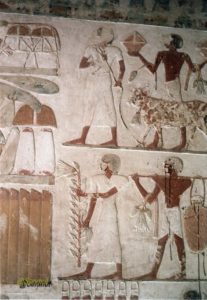 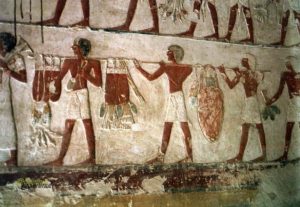 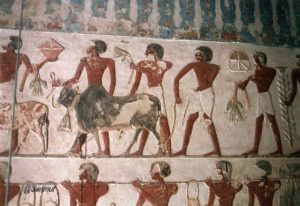 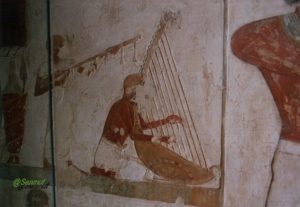