The tomb of Nakht, located in Qurna, and the owner was “Astronomer of Amen” and “Scribe”, probably during the reign of Thutmose IV. He was married to Tawy, “chantress of Amen” and there is one son specific named Amenemipet, who seems to be the son of Tawy from a previous marriage. There are several other children depicted in the tomb, but they are not named.
There is also no record of the parents of Nakht, nor Tawy.
This tomb is famous for its scenes of the banquet and musicians, among them the blind harpist.
Its a small tomb, dark and the walls covered with glass. 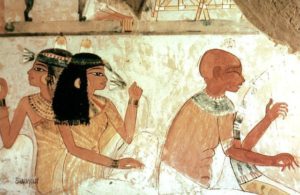 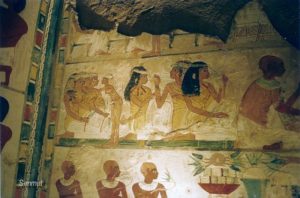 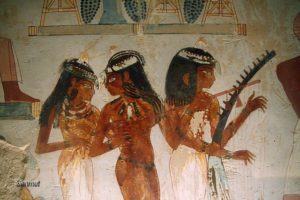 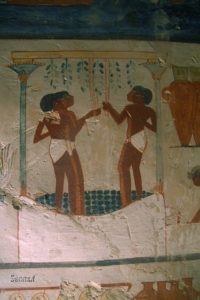 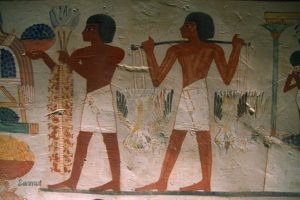 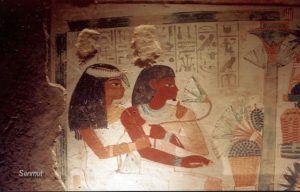 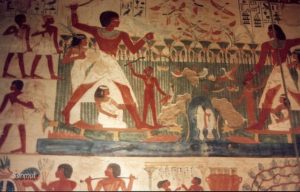